Green Tech Valley is a magnet for visitors to EXPO 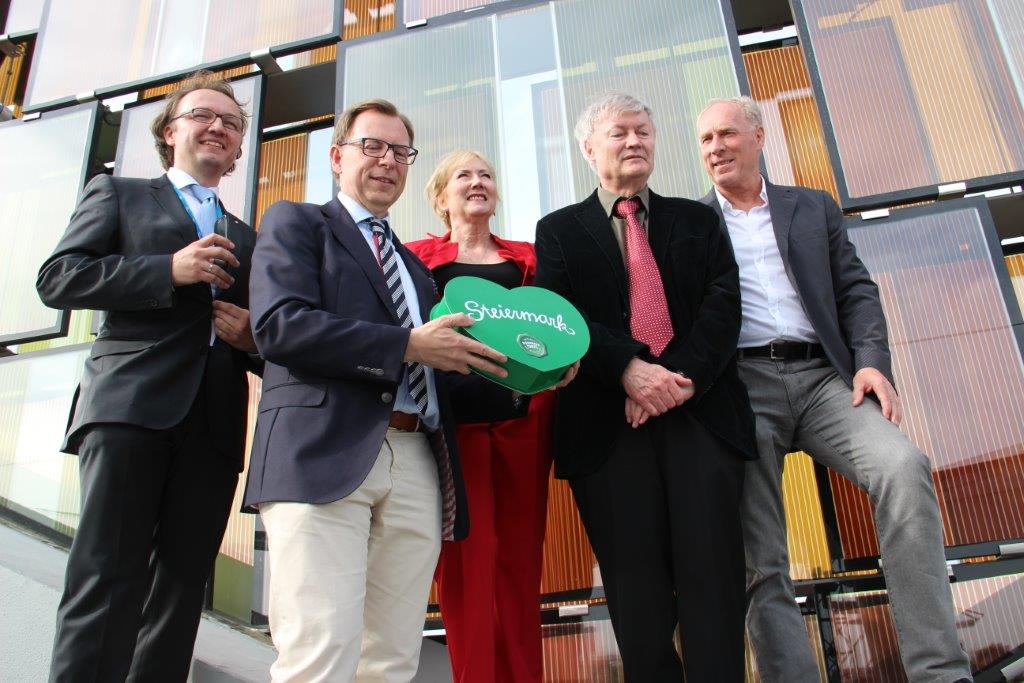 The Austrian Pavilion at the Milan Expo, from „team.breathe.austria“, is presenting environmental technologies from Styria to an audience from around the world. Featuring close planting of native trees, the pavilion works like a breathing power plant and ensures a natural micro-climate through naturally generated air conditioning. In addition to the world première of the transparent, organic photovoltaic, energy glass technology from SFL, there is a whole range of things to see at the Expo until October 2015, including the ELI electrically powered commercial vehicle, which stores excess solar power and uses it for environmentally friendly mobility, the Ökosolar advanced technology energy storage system, and the new Gaulhofer flush wood aluminium windows.

Construction starts on lighthouse project in the Green Tech Valley 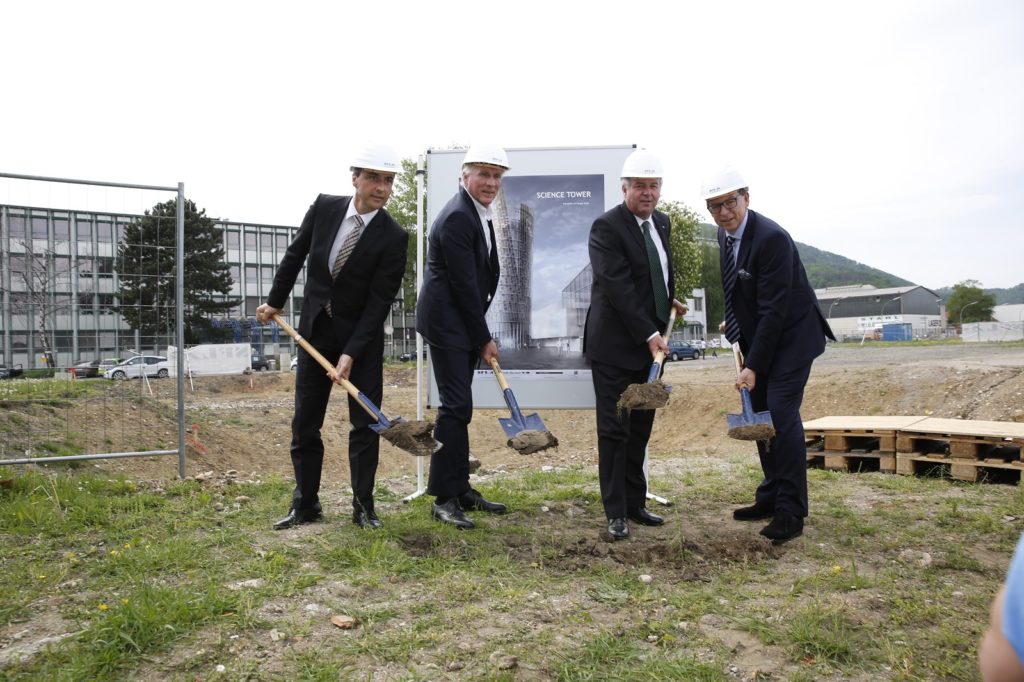 200 research jobs are being created in the field of building technology, over 4,600 m2, in the new 60 metre high Science Tower of SFL Technologies. The building will be unique in the world: Integrated across the complete façade are transparent panes of energy glass, known as Grätzel cells, which provide electrical power. An intelligent ventilation system ensures an ideal indoor climate and a novel electricity storage system permanently supplies the tower with power. From the middle of 2016, further new technologies will be developed in the Science Tower in collaboration with Eco World Styria.

The international conference on high-quality retrofit and redensification with timber construction systems will be held in Graz from 17 to 19 June 2015. Initiator and organizer is AEE INTEC – Institute for Renewable Technologies, and will bring together high-profile keynote speakers and expertise in Graz. Be inspired by Pirmin Jung, Managing Director of the largest Timber Civil Engineering offices in Switzerland, and learn about “The construction of the future – building and renovation with timber systems”. Together with experts, Eco World Styria will be organising round tables on “Prefabricated wooden façades with integrated building services” and “LCA and integrated building design”.

Saubermacher has invested 6.5 million Euro in a „Recycling Power Plant“ in Unterpremstätten. The advanced technology plant, known as a physical-biological system, purifies and transforms industrial wastewater into usable process water. Each year, up to 19,900 tonnes of purified water and 2,000 tonnes of recyclable materials such as oils will be recovered by this advanced process. 99% of the substances introduced will be retained in the circuit. Behind this is a process, known as the reverse osmosis activated carbon combined process, which is being used for the first time in this constellation. 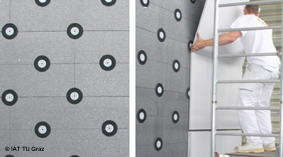 Together with insulation specialists STO, a team from the Institute of Architecture Technology at the TU Graz has broken new ground in façade systems. They have developed the “facade4zeroWaste” as the building envelope of tomorrow: A recyclable façade system with hook and loop fastening that can be separated into pure component parts. “In terms of the environment this brings two big advantages: The system is both very easy to install and dismantle again. And we do not need to use adhesives, producing less solid waste and wastewater,” commented Roger Riewe. The team has recently been awarded the European Construction Material Recycling Award 2015 for its work. 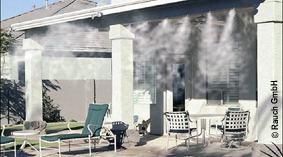 RAUCH GmbH is an innovative Styrian company and a pioneer in alternative air cooling and humidification. Having already developed cooling effect humidification systems for vegetable shelving back in 1995, the Styrian trendsetter now offers a new range of humidification cooling solutions for the industrial, manufacturing, agricultural and catering sectors. The natural cooling is achieved through a multi-functional water mist. The principle behind it is as simple as it is ingenious: Water is forced at high pressure through micro nozzles, creating an artificial mist which evaporates into the air and generates a pleasant cooling effect, like a waterfall.

Perception Park is a Graz based start-up which has developed a technology that makes chemistry visible. Special hyperspectral camera systems allow visual perception, in a manner similar to the human eye. This allows image impressions to be used for the first time based on chemical properties, even in industrial image processing. When applied for example to sorting and manufacturing processes, faulty and foreign substances can be captured and separated out in real time. New application opportunities opening up in the future include: analysing the healing process of wounds or the composition of food by mobile phone scan.